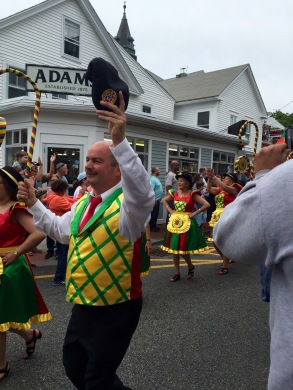 In the spirit of sticking to my 25 for 25 goal of taking advantage of local culture and travel opportunities, last weekend I went home to Cape Cod and took a day trip to Provincetown for the annual Portuguese Festival and Blessing of the Fleet. Provincetown, a tiny spit of sand on the outer tip of the peninsula, is a town rich with charm and history, surrounded by spectacular coastal scenery. It is one of  my favorite places to visit back home, especially in the summer when all the seasonal shops and galleries have opened, and the place is buzzing with people from across the country and world.

Although Plymouth Rock (also near me) is commonly known as the place where the Mayflower Pilgrims first landed, they actually first landed in Provincetown, anchoring in what would become Provincetown Harbor, where they signed the Mayflower Compact, before lifting anchor and continuing on to Plymouth. (Yes, I love history and Cape Cod schooling gave me a robust arsenal of local historical facts…plus a strong understanding/fear of the science of erosion). Today, Provincetown is known as a thriving and exceptionally colorful gay community. In between these times it became a whaling and fishing town, eventually just a fishing town as the whaling industry died down, and it was during this period that large populations of Portuguese fisherman came to the tiny coastal town, creating a large Portuguese community. From the start of the 20th century there had been an artist’s colony in Provincetown, and today the town continues to be known as a haven for artists and bohemians in addition to its reputation as a hot spot for the gay community. What has been created over the centuries and decades is a unique layering of cultures in this little town, where the main strip, Commercial Street, is littered with art galleries next to drag show nightclubs, next to Portuguese bakeries, next to taverns named after founding fathers. It is truly a special place.

In honor of the town’s Portuguese ancestry and in support of its present day Portuguese community and fishermen, the town holds an annual blessing of the fleet, before the fishing fleet departs on its potentially dangerous journeys. The blessing takes place in a traditional a mass at St. Peter’s Church, the patron saint of fishermen, and is accompanied by a weekend long festival celebrating Portuguese culture. Here are some pictures I took from the trip that capture the fun of the celebrations. 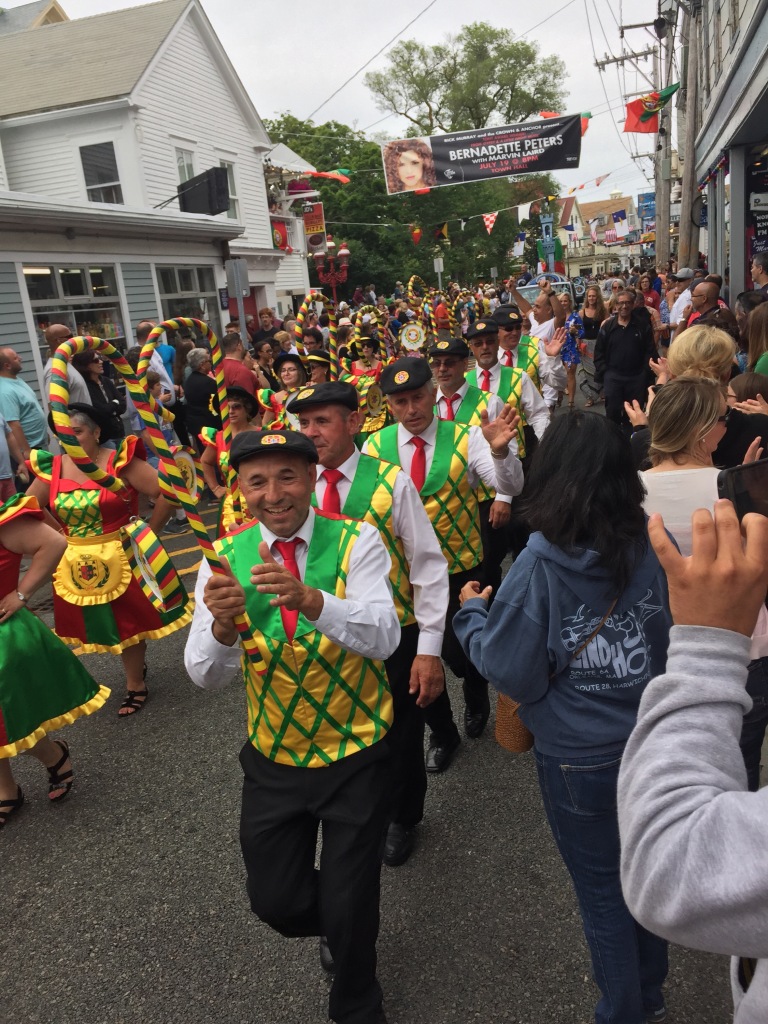 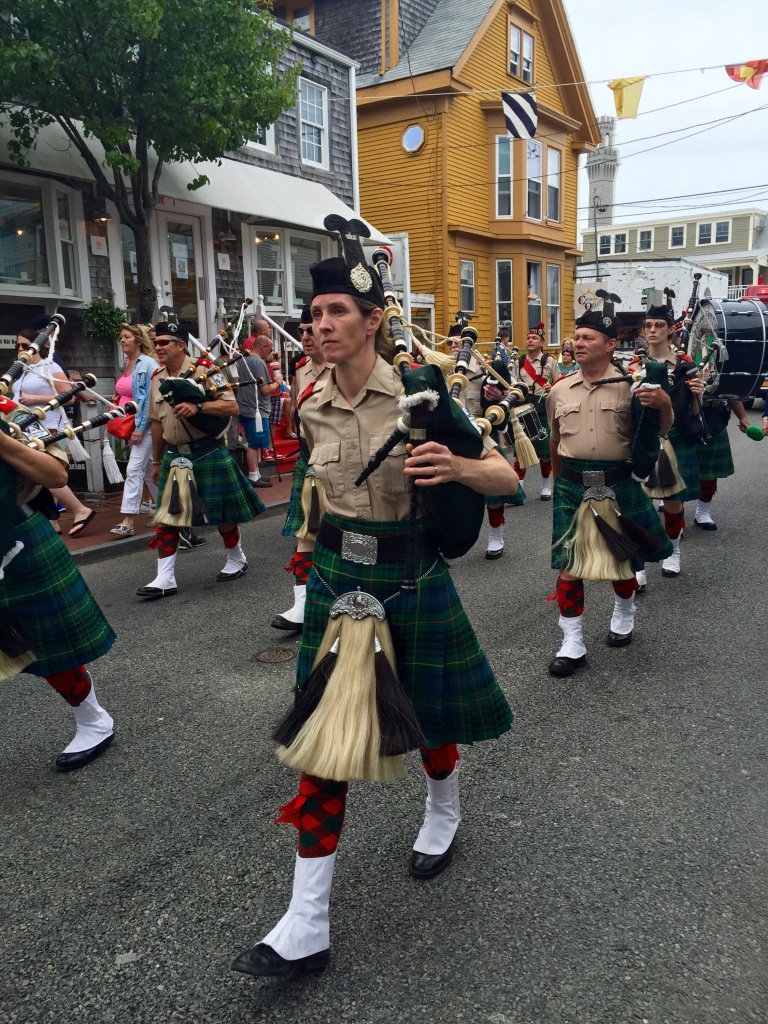 …And some Scottish bagpipers, because, why not? 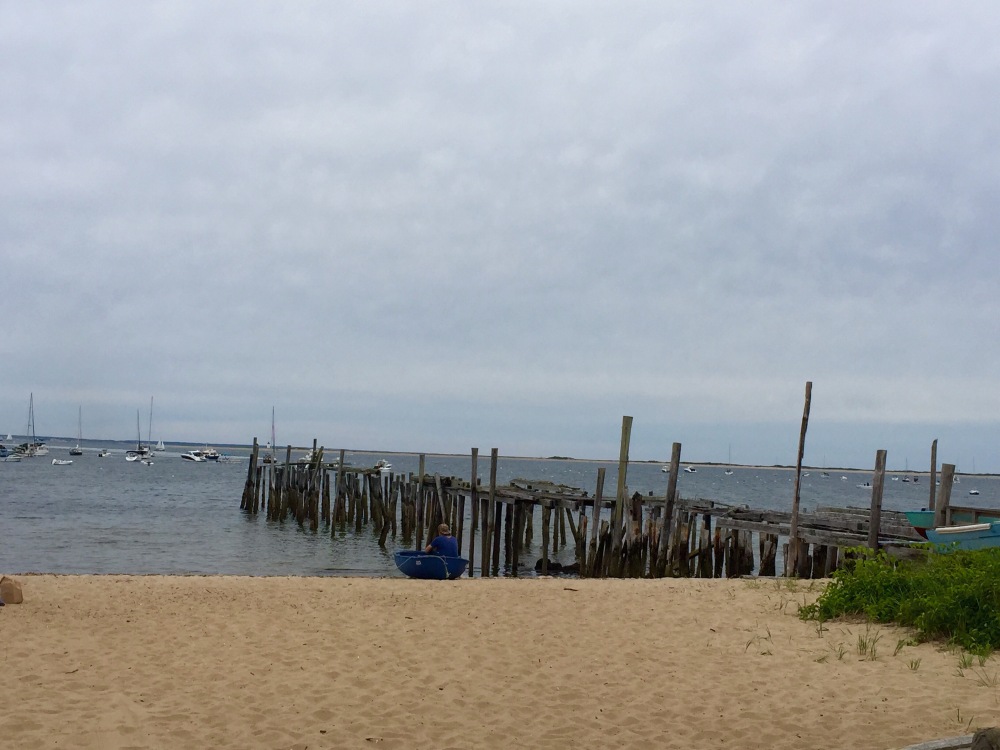 In Provincetown, you’re never more than 2 minutes away from spectacular waterfront views. Seriously, the whole town is right on the water. 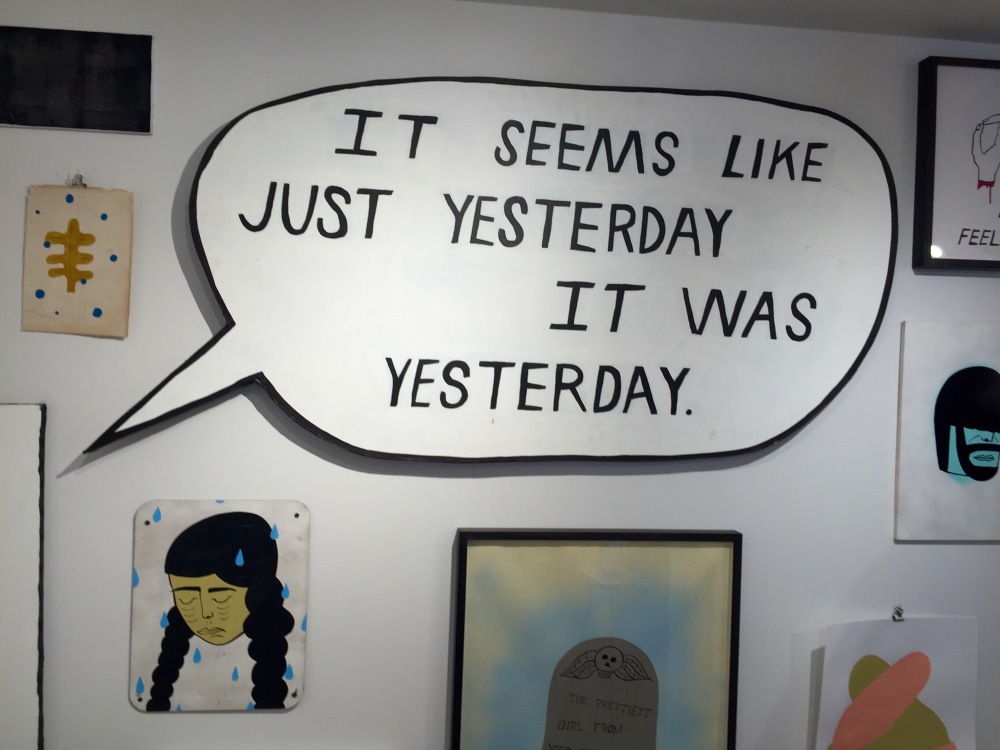 Some modern art at one of the many galleries

Commercial Street with Pilgrim Monument in the background 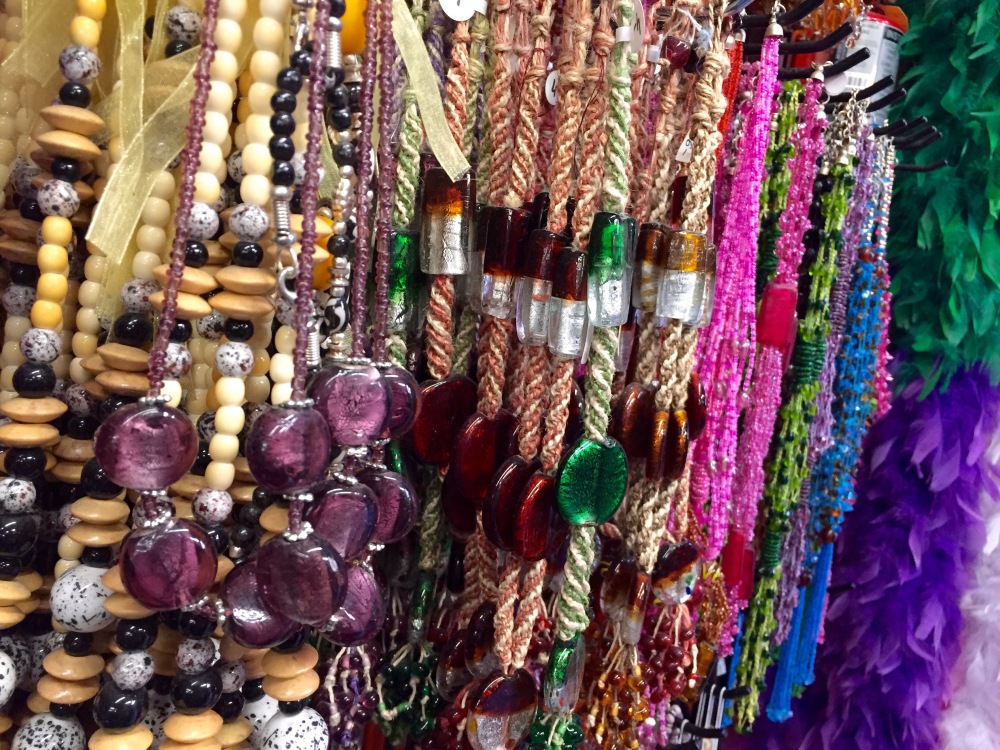 Colorful beads and boas in a local shop

A classic New England pub named after William Bradford, signatory to the Mayflower Compact and governor of the Plymouth Colony…they also have drag karaoke. 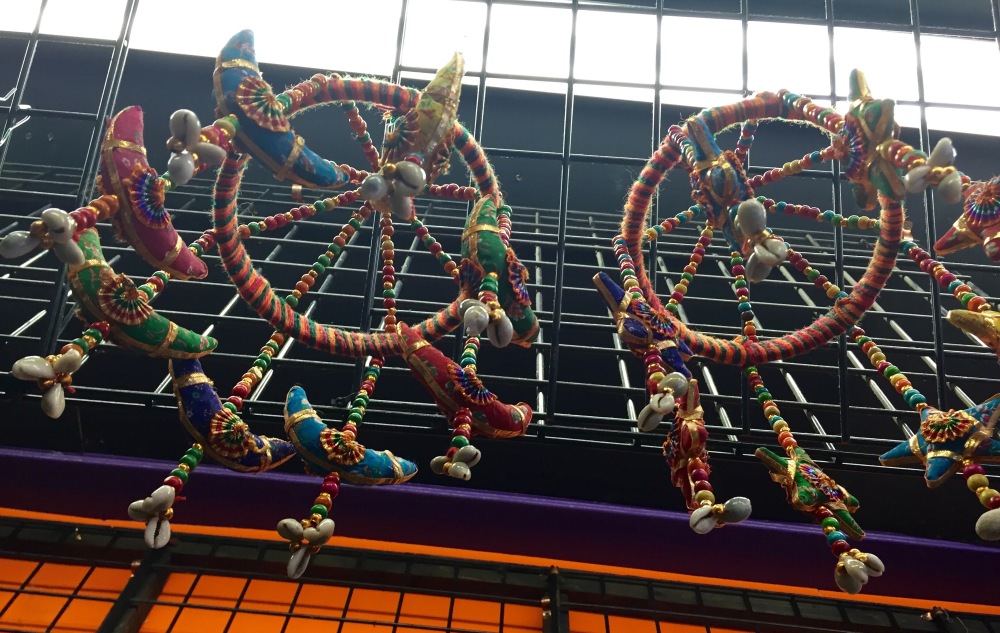 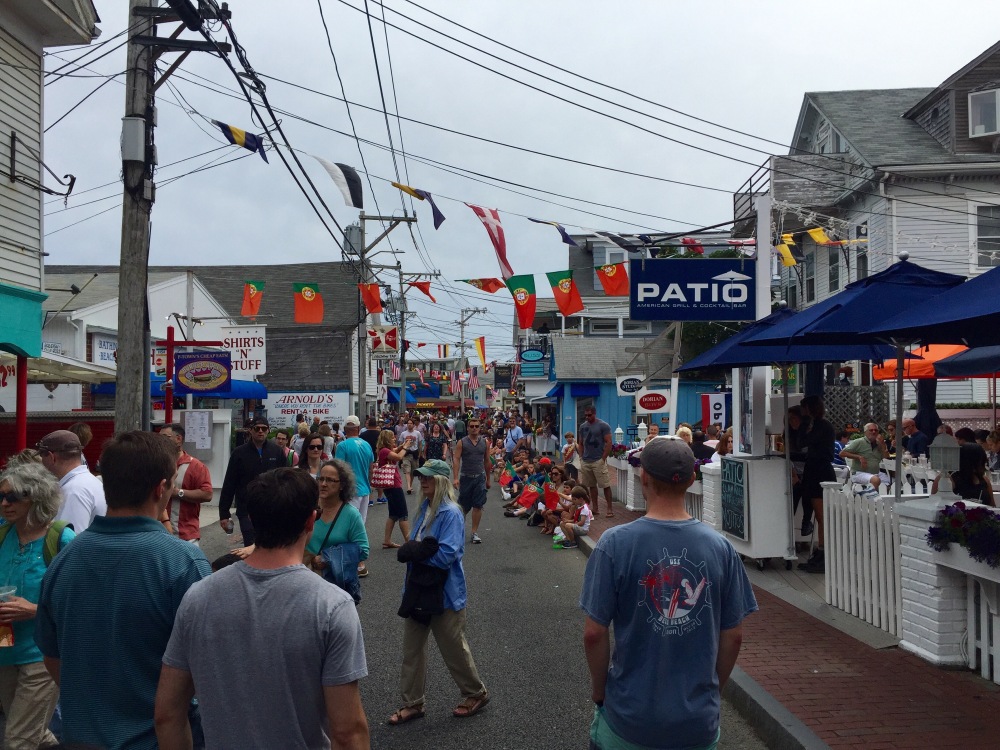 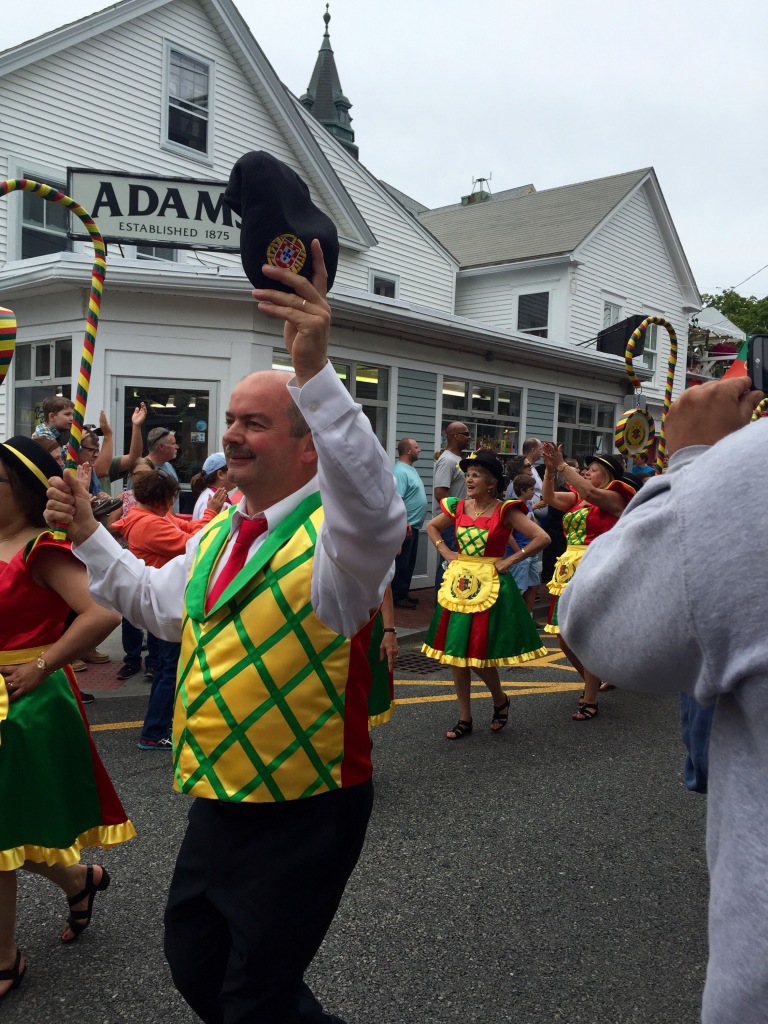 And some more dancing.

Here’s to a weekend of wandering ahead!