This post brought to you by my extremely high excitement levels over my recently booked trip to Istanbul. No, sadly Turkish Airlines is not showering me with extra special free perks, although I did get a free piece of baklava from them at a fair once, and the available-to-everyone perk I’m about to tell you about is pretty darn special. 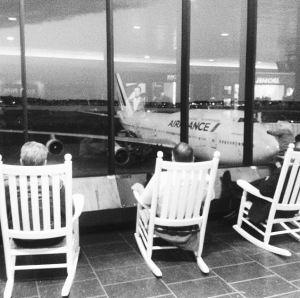 Layovers are a necessary annoyance of travel. The short ones are no problem, but delays on the initial leg can cause stress about making your connections, while long ones can literally be hell inside an airport. I like to take longer stopovers as an opportunity to squeeze in a day trip or even mini-trip in a city I’ve never been before. But what if you’ve got the Hades of layovers? This particular brand of layover usually lasts between 6-10 hours, not always quite enough to be to make it in and out of the city on your own without risking getting lost and missing your flight, but WAY too much time to be lingering in the terminal trying not to buy duty free and/or smash your head against a wall. As I’ve said before, I love airports, but no one loves airports enough to enjoy a seven hour layover.

Enter Ataturk International Airport in Istanbul. Turkish Airlines has been killing it the last few years, providing lots of inexpensive international flights, provided book early and you are willing to stop through Turkey (if I HAVE to, sigh). Their goal is to make Istanbul a major international flight hub, through which flights connecting east and west pass through. Importantly, this ties in attempts to bolster Turkey’s tourist economy.

As a daily flight deal stalker, Turkish Airlines flights crop up again and again with the best fares. The catch to this, is that they often have ungodly stopovers at Ataturk on at least one of the legs. To capitalize on this, (and to appease disgruntled travelers), the airport offers a new service, launched this past October, called TourIstanbul. TourIstanbul allows Turkish Airlines travellers with layovers of 6 hours or more to take a guided tour through Istanbul, hitting up to 14 major tourist sites, think the Blue Mosque, Hagia Sofia, Grand Bazaar- free of charge. That’s right. Free of charge. You don’t even need a reservation. They offer three tour groups a day, and as long as your flight times align, you just stroll up to the desk in the arrival hall a half hour early, and proceed onwards onto your free tour.

It’s a kind of genius concept for Turkish Airlines. Not only does it appeal to customers who may shy away from taking a long stopover in Istanbul, lest it be an excruciating experience of airport boredom, but it also gives these travelers a taste of some of the finest sites Istanbul has to offer, in hopes that it will entice people to book a longer stay in the city in the future to explore further. And despite being “free”, while the tour itself is free, the required entry visa is not, so they are generating revenue for the Turkish government.

I’ve got a fairly long layover in Istanbul, and although I’ll have spend 3 days in the city only a week before, if my flight times align, I may give TourIstanbul a spin. It sounds like a far more appealing way to spend the good part of a day than sitting in a hard plastic airport chair for seven hours, watching the minutes crawl by.

Have you either done TourIstanbul or do you know of other airlines that offer this perk? I think it’s a brilliant idea and would love to know if this is an option for layovers in other countries! I’ve never heard of it before but first came across it deep down a Yahoo! Travel internet wormhole, and then again at a Turkish Airlines event booth where I nommed on the aforementioned baklava.